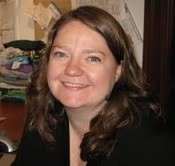 Group started
Get feedback on your revised first 15 pages of your MG novel.

Inked Voices & Susan Hawk are pleased to offer a place in the workshop, free of cost, to a diverse writer or to a writer of an #ownvoices work. Learn more: https://inkedvoices.typeform.com/to/i0t1T5.

Submissions: Writers should submit their first 3,750 words (15 pages) for critique.

Susan Hawk has worked in children’s books for over twenty-five years, and her clients include Alison Oliver, illustrator of the bestselling Baby Lit board books and the forthcoming picture book Moon; Ruth Spiro, author of the Baby Loves Science board book series; Marcie Colleen, author of the Super Happy Party Bears chapter book series and the forthcoming picture books Love, Triangle and The Adventure of the Penguinaut; Lisa Tyre, whose debut middle-grade novel, Last in a Long Line of Rebels, was a BEA Buzz Book title; Sarah Lariviere, whose middle-grade novel The Bad Kid is an 2017 Edgar Award Nominee; and Rachael Allen, author of the YA novels 17 First Kisses and The Revenge Playbook.

She joined Upstart Crow Literary after seven years at the Bent Agency. Before agenting, Susan worked in the Children’s Marketing departments of Penguin Books for Young Readers, Henry Holt Books for Young Readers and North-South Books, where she managed campaigns for many books and authors including Eric Carle, Mary E Pearson, Richard Peck and Joan Bauer. She’s also been a children’s librarian and bookseller, and spent some time in Dutton Editorial, acquiring select picture book and YA projects for that list.