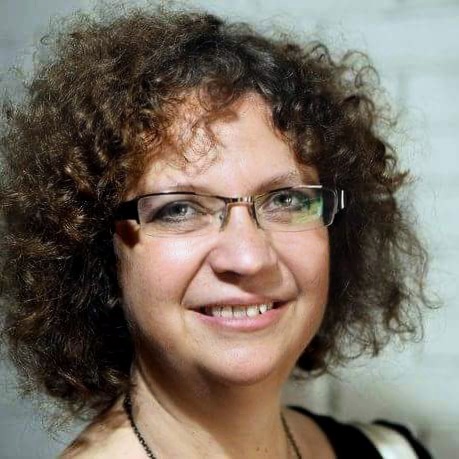 Structure can be a difficult aspect of craft to master, because there are basically no rules, except it has to ‘work’ for the reader. Structure can also be difficult to address when reading a manuscript piecemeal, as is often the case in a critique group. Yet a story’s structure – its pacing and placing – delivers the emotion, and is therefore key to getting published.

A lack of awareness of structure often sends writers to market before structural problems have been ironed out, leading to "rave rejection syndrome”–  i.e. "I loved it but ultimately…" or it leads to the agent or editor spending a great deal of time working out the structural defects themselves so the writer may try revising and resubmitting. It is a great advantage for writers to understand and be aware of structure before they submit their work so they at least can address it as much as possible before the gatekeepers have to.

This intensive will help writers explore structure, with a combination of lectures and exercises that you will apply to your own work. The first two weeks will address micro structure: issues like pacing, balance and point of view. The second week will get into macro structure, the nuts and bolts of how to build a scene and how to build a full novel structure from scenes. The fifth week is for cleanup homework and final questions.

This workshop is for storytellers of all stripes. Each week will include an exercise geared towards novelists, and an exercise geared towards picture book writers. Please note that this workshop does not include feedback from Joyce on the exercises, but we will organize peer study groups (split out by type of writing) so that those interested can share submissions and feedback.

• Three hours of intensive instruction, over two 1.5-hour sessions. Sessions will be recorded and available for 60 days after the live sessions.

• Opportunity to practice revision techniques on your own manuscripts, and optional peer breakout groups, which will help attendees sharpen their editorial eye, and get actionable feedback on their work.

• Handouts for continued reference after the workshop

Submissions: Joyce will not critique submissions in this workshop. Participants will have the opportunity to practice structural techniques on their own work and, optionally, in peer groups. Joyce will be available for questions on our discussion board and in live office hours. The webinar recording will be posted to the workshop group the morning after each session. Recordings will be available for replay through March 31st.

Joyce Sweeney is the author of fourteen novels for young adults and two chapbooks of poetry. Her first novel, Center Line, won the First Annual Delacorte Press Prize for an Outstanding Young Adult Novel. Many of her books appear on the American Library Association's Best Books List and Quick Picks for Reluctant Readers. Her novel Shadow won the Nevada State Reading Award in 1997. Her novel Players was chosen by Booklist as a Top Ten Sports Book and by Working Mother magazine as a Top Ten for Tweens. Her novel, Headlock (Holt 2006), won a Silver Medal in the 2006 Florida Book Awards and was chosen by the American Library Association as a Quick Pick for Reluctant Readers. Her first chapbook of poems, IMPERMANENCE , was published in 2008 by Finishing Line Press, her second, entitled WAKE UP will be released by the same publisher this spring. She has had numerous poems, short stories, articles and interviews published; and her play, FIRST PAGE CRITIQUES was produced in 2011. Joyce has recently switched to writing adult fiction and is represented by Nicole Resciniti of the Seymour agency. Joyce has also been a writing teacher and coach for 25 years, beginning with teaching five week classes for the Florida Center for the Book, moving to ongoing invitation only workshops and finally to online classes (www.sweeneywritingcoach.com) which reach students nationally and internationally. Developing strong bonds with the students she critiques and instructs is her hallmark. She believes that writers need emotional support as well as strong, craft-based teaching if they are to make the long, arduous, but very worthwhile journey to traditional publication. At this writing, 62 of Joyce’s students have successfully made this journey and obtained traditional publishing contracts. In 2011, Joyce and a coalition of local playwrights, directors and actors formed The Playgroup LLC, which conducts workshops for playwrights and actors and produces original works by local playwrights. The Playgroup currently presents three productions a year at their home base, The Willow Theatre in Boca Raton. Joyce lives in Coral Springs with her husband, Jay and caffeine-addicted cat, Nitro.