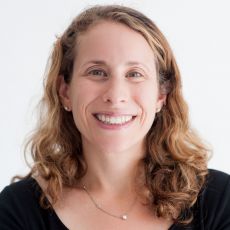 Get feedback on your first 3,750 words (15 pages) with literary agent Alyssa Eisner Henkin of Trident Media Group, and a small group of writers. Participants will submit their pages at the event start and then have three weeks to critique one another's work. Alyssa will post her feedback at the end of the three weeks. After the critiques, we'll hold a webinar debrief, where each person is given time to ask Alyssa questions about their manuscript feedback, as well as other questions. This is a great opportunity to meet other middle grade writers, learn from their feedback, and to get feedback from an agent familiar with the children's publishing market.

Inked Voices & Alyssa Eisner Henkin are pleased to offer a place in the workshop, free of cost, to a writer of color or to a writer of an #ownvoices work. Apply: https://inkedvoices.typeform.com/to/wZ5cBi

Who this workshop is for: Querying or soon to be querying middle grade writers interested in market and editorial feedback, and in meeting other MG writers.

Submissions: There will be one submission of up to 3,750 words (about 15 pages). Submit at the event start.

After earning her Bachelors from the University of Pennsylvania, Alyssa fulfilled a childhood dream that she professed on a home video at the age of six: move to New York and work with books. In 1999, Alyssa began her career in editorial at Simon & Schuster Books for Young Readers. Here she found “kindred spirits” who loved Anne of Green Gables as much as she did and a kids book space that was rapidly growing. In late 2006 Alyssa (and her inner-entrepreneur) headed to Trident to expand the firm’s children’s book business.

Over twelve years, hundreds of deals, and numerous bestsellers and award-winners later, Alyssa still delights in nurturing her books at every stage. From editing and idea-honing to collaborating with marketing, foreign, dramatic, merchandising, and audio partners, Alyssa works hard to ensure longevity for her authors’ work. She represents multiple award-winning and bestselling authors, including Julie Berry, Ruth Behar, Jen Bryant, and R.J. Palacio, whose novel Wonder has been on the New York Times bestseller list since it came out in 2012 and was turned into a feature film by Lionsgate, which came out in 2017.