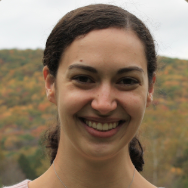 Group started
Preparing your YA manuscript for submission? Get your opening pages critiqued by Laurel Symonds, Literary Agent with The Bent Agency. You'll also meet other serious YA writers, sharpen your eye by giving feedback and receive the benefits of workshopping with a group - like meeting other writers, and learning by exchanging feedback. How it works: Submit your manuscript to the group when the group officially kicks off on September 9th. Then, group members have 3 weeks to exchange feedback on one another's work. Laurel will post her critiques towards the end of that time. After critiques are complete, we will have a debrief call where each writer gets individual time with Laurel to discuss both manuscript and writing questions.

Laurel Symonds and Inked Voices are pleased to offer a spot, free of charge, to a writer from a diverse background. Apply by August 20th: https://inkedvoices.typeform.com/to/i4Xane

Who this workshop is for: Young Adult fiction writers interested in market and editorial feedback from an agent and interested in meeting other YA writers.

Submissions: Writers should submit their first 3,750 words (about 15 pages) for critique at the event start.

Laurel Symonds launched as a literary agent at The Bent Agency in Fall 2018 after nearly a decade of experience in the publishing industry. She began her career in the editorial department of HarperCollins Children’s Books/Katherine Tegen Books in New York City and has also held positions in the marketing department at a small publishing house, in a library, and as a bookseller at one of the nation’s best independent bookstores. As a literary agent, she is seeking children’s fiction and nonfiction, from picture books to young adult, particularly focusing on voices that have previously been underrepresented and stories that have been overlooked.