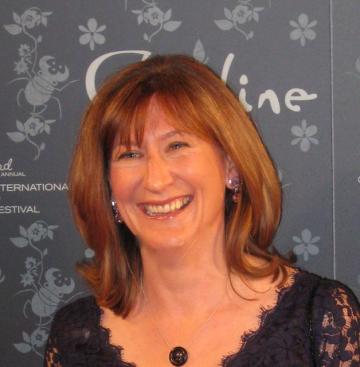 Preparing your work for submission? In this intimate workshop, you'll receive market and editorial feedback on the first 3,750 words (15 pages) of your middle grade manuscript from literary agent Fiona Kenshole of Transatlantic Agency, and a small group of writers.

You'll submit your first pages at the group start, then spend the next weeks critiquing peer stories. Fiona Kenshole will submit her notes near the critique deadline. After critiques are complete, we will have a debrief call where each writer gets individual time with Fiona to address key feedback themes and brainstorm next steps for their manuscript.

The group workshop format accelerates learning because, not only will you receive feedback on your own work, you will also be able to see and hear Fiona's feedback on the group's stories, which you will have read and critiqued.

Each agent and editor event we offer also comes with a submission opportunity.

Participants should be sure they have at least 1 hour to give for critiquing each person's manuscript (plus reading time). Because this is a group of 5, this means you should have at least 4 hours available for your peers' stories.

Inked Voices & Fiona Kenshole are pleased to offer a free spot in one of Fiona's upcoming MG workshops to a writer of color or from a diverse background. Apply by 4/1. https://inkedvoices.typeform.com/to/UVUR7yfS

Who this workshop is for: Middle grade fiction writers interested in market and editorial feedback from an agent and interested in meeting other MG writers.

Fiona Kenshole is a literary agent with the Transatlantic Agency, exclusively specializing in children’s books, from debuts to film deals. She is an accredited member of the Association of Authors’ Representatives, representing picture books through to young adult. Fiona enjoys the editorial midwifery and career management part of being an agent, especially nurturing the creativity of her clients. She maintains close relationships with editors and publishers in New York, London, and Toronto, and film producers and agents in LA.

Fiona brings a lifetime of passion and experience of children's and YA books: She was still just a teen when she started working in a children’s bookshop. After graduating from Cambridge University she went on to spend 20 years as publishing director at Oxford University Press, Hodder (the UK arm of Little, Brown), and HarperCollins. Fiona has worked with major names and debut authors on both sides of the Atlantic: Her authors have won every major British children’s literary award and several have become million copy bestsellers. Fiona was nominated for “Editor of the Year” at the British Book Awards.

In 2004 she became Vice President of Development Acquisition at Laika Inc. and worked with directors, producers and screenwriters on three Oscar nominated films: THE BOXTROLLS, CORALINE and PARANORMAN.

She lives and works in Portland, Oregon, though her clients are scattered throughout the US and the rest of the world.